The latest data published by the Office for Rail and Road (ORR) shows that season ticket journeys have fallen for the third consecutive year.

The number of journeys made on season tickets has fallen to its lowest point since July to September 2010 as commuters move away from a five-day, 9-5 working week and require tickets to better suit their changing working patterns. Seven in 10 (73%) of the UK workforce now works flexibly, according to research by Timewise.

The ORR data shows that over the last three years, season ticket usage has declined by 16.8%. Breaking this down by year:

While season ticket journeys are falling, more people are still travelling by train overall to get to work or to see friends and family. The total number of journeys in Q1 was up by 2.4%, driven by rising off-peak and peak journeys taken without a season ticket. The number of commuter journeys made on any ticket has increased for eight out of the last 10 years.

Rather than buying traditional weekly season tickets, passengers are choosing more flexible ticket types where they only pay for what they use. The rail industry’s proposals to overhaul the fares system would mean commuters travelling from outside London into the capital or around other cities could benefit from the same kind of weekly capping system currently available for journeys within London. Commuters who currently buy weekly season tickets could save money when they travel fewer than five days a week or are able to travel off peak.

Rail fares are currently based on regulations which have remained largely unchanged since they were introduced in 1995 and assume customers still buy their ticket from a ticket office. They have failed to keep pace with the rise of smartphone technology or how people work and travel today with part-time working and self-employment having increased by over a third in 22 years.

“As working patterns change, many commuters are realising that they are being held back by an outdated, rigid fares system where the traditional season ticket no longer meets their needs. Now is the time for the government to update fares regulations so that commuters everywhere can benefit from tap-in, tap-out technology and automatic prices caps as part of a more flexible, modern and easier-to-use fares system.”

Season ticket journeys have been declining for three consecutive years.

The estimated number of journeys made on any ticket with the purpose of commuting has increased for eight out of the last 10 years. 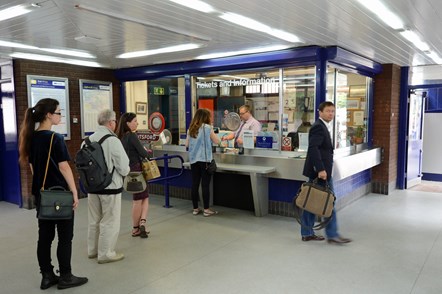