When it comes to splitting the new working week, 2/3 or not 2/3?, that is the question as new data shows a disparity between the number of days a week employees expect to spend in the office compared to their employers.

With the ‘Great Return’ underway following the lifting of working from home guidance, insights compiled by researchers from Imperial College London for the Rail Delivery Group, shows that there are mixed views on whether to split the week 2/3 or 3/2. Employees want to spend an average of two days in the office per week, whereas employers are expecting it to be three.

Businesses surveyed also recognised the importance of face-to-face contact when it comes to their success, with two thirds of companies citing improved productivity and difficulties building relationships online.

A return to commuting would benefit a range of industries, with commuters spending £30 billion a year with businesses across the country before the pandemic. The 26% drop in commuting predicted by this research would result in a loss of over £7.5 billion a year in vital custom.

One day of commuting is worth £82m to British businesses. If commuters were to add on an extra day each week, as employers are hoping for, businesses nationally could benefit from a boost of £4.2 billion over the course of a year. Having been hit hard by the pandemic, Britain’s town and city centres are desperate to get back on their feet.

The research also shows that the majority of businesses surveyed (64%) want to be based in city centres, further underlining the need to avoid a car-led recovery that adds pollution and congestion to Britain’s already busy roads. Rail is a ready-made solution for this, as the low carbon means of transport that delivers commuters direct to city centres.

This new insight comes as train companies launch a new wave of the ‘Let’s get back on track’ industry-wide marketing campaign to attract commuters and business travellers, among others, back on board. The campaign recognises the wider importance of a return to rail, with rail having a vital role to play in the country’s green economic recovery.

The industry, along with government, has also introduced flexi season tickets, which give part-time commuters more flexibility to travel when they want and need, and provide better value to the majority of people travelling into work two or three days a week.

“We know that people’s working patterns are changing and this survey reflects the conversations being had up and down the country around how we should return to the office.

“While working from home is the new normal for many, it’s crucial that when employees do commute, they use rail as their first transport choice and avoid a car-led recovery. Rail connects British communities to jobs and opportunities, reinvigorates city centres, tackles congestion and is the most environmentally sustainable way to travel.

“The rail industry is working hard to support the country’s recovery, which is why we’re focused on changing and improving the way we run the railway to meet passengers’ changing needs – including introducing new flexi season tickets that give commuters more freedom and flexibility to choose how they travel.” 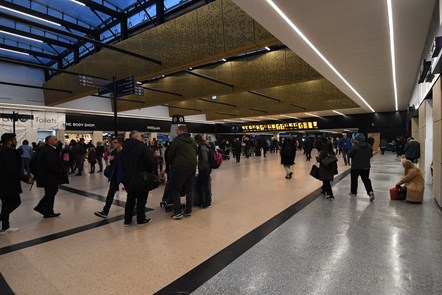