As new commuting habits form this autumn, city centres and high streets could be hit by a double whammy of gridlocked roads and business closures if there is a significant ongoing reduction in train commuters, new research shows.

With more workers set to return to offices this month, encouraging people to take the train for their commute will be vital to avoid empty shop fronts and polluting traffic jams in cities across the country. Latest figures from the rail industry show that train commuting is at just a third (33%) of pre-pandemic levels. This is expected to increase this month but could take years to return to numbers seen in 2019.

However, car journeys are recovering much more quickly. Government data shows that the number of car journeys has almost reached pre-pandemic levels at around 96% but the overall number of people taking train trips is still lagging behind at around 60%.

The figures come as new research finds a 20% shift of pre-pandemic train passengers to road would lead to 300 million extra hours of lost time due to traffic congestion each year, equivalent to watching everything on Netflix around 8,000 times. The West Midlands (5 million hours), Greater Manchester (4 million) and West Yorkshire (4 million) would be the worst affected city regions outside London (169 million). The shift could also damage the environment and government ambitions to reach net zero, creating an estimated one million extra tonnes of CO2 emissions per year – the same amount produced by all activity in Swansea in 2019.

The research, by WPI Economics for the Rail Delivery Group, shows the extent to which city centre coffee shops, pubs and retailers could also suffer if rail commuting doesn’t pick up. Train commuters travelling to city centres play a vital role in supporting local businesses by spending, on average, £12 on food and drink, £8 on shopping and £6 on entertainment and culture on each journey. Pre-pandemic, this totalled a £30 billion a year boost for local businesses from train commuters.

Although commuting and business journeys by rail are still well below pre-pandemic levels, leisure journeys are recovering more quickly, suggesting that many people feel confident travelling by train.

To encourage more people to take the train, the rail industry is running its biggest national marketing campaign in a generation, under the strapline ‘Let’s get back on track’. Rail companies have also worked with government to introduce new Flexi Season tickets which provide a discount for commuters travelling into the office two or three days a week. Operators are also helping people to travel with confidence by continuing with enhanced cleaning, ensuring trains are well ventilated with eight out of 10 carriages having systems that refresh the air every six to nine minutes and by improving information about how busy trains are so that people can avoid the busiest times.

“For many former Monday to Friday commuters the future is undoubtedly going to be a mix of home and office working but the extent to which people return to the workplace and whether or not they take the train to get there is going to be crucial.

“When people take the train it’s more than a journey - it will impact the future of thousands of small businesses, local air quality and the government’s net zero ambitions.

“We want to ensure that returning commuters get the best deal and new Flexi Seasons are a good start, but we also want to work with government on extending tap-in, tap-out pay-as-you-go to major cities beyond the capital so that people know they are always paying the best price.”

“Congestion from cars causes both economic and health problems: Pre-Covid, more than one in 19 deaths in UK cities and large towns were related to long-term exposure to air pollution. So, it is now vital that people change how they get around.

“Centre for Cities has previously called on city leaders to introduce congestion charging and clean air zones to encourage people out of their cars and onto public transport. As we emerge from the pandemic, they should push ahead with this policy.” 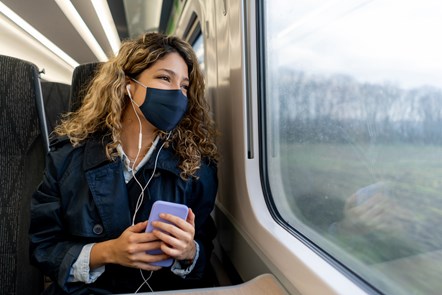