Passengers are being warned to check before they travel on 1 and 3 February, due to strike action called by the ASLEF leadership.

The strikes will affect services on 14 train companies with trains due to start later and finish much earlier than usual - typically between 7.30am and 6.30pm. It is expected that nationally around 30 per cent of train services will run but there will be wide variations across the network – with the possibility there will be no trains in some parts of the country and other lines running a normal service.

It is likely that evening services on some lines will be affected on the days before each strike. Morning services on those lines may also be disrupted on 2 and 4 February because much of the rolling stock will not be in the right depots.

Passengers are advised to check before they travel for the latest information, and they should also check the times of the last trains on the evenings before the strike days and in the morning following the strikes.

The rail industry is working hard to keep as many trains running despite the union leaders’ decision to reject an offer which would give their members an 8 per cent pay rise over two years, taking average salaries for train drivers up from nearly £60,000 a year, to almost £65,000 a year.

Special timetables for 1 and 3 February will be published on National Rail Enquiries on Friday 27 January.

A spokesperson for the Rail Delivery Group, said: “Having made an initial offer which would have taken average driver salaries from £60,000 to nearly £65,000, we had hoped the ASLEF leadership would engage constructively to move talks forward, rather than staging more unnecessary strikes. We can only apologise for the disruption.

“To minimise the impact of the ASLEF action, we advise passengers travelling on 1 or 3 February to check before they travel, allow extra time and find out when their first and last train will depart. Those with tickets for between 1 and 3 February can use their ticket the day before the ticket date, or up to and including Tuesday 7 February.

“Passengers with Advance, Anytime or Off-Peak tickets for travel on strike days can  also have their ticket refunded with no fee if the train that the ticket is booked for is cancelled, delayed or rescheduled.”

The following train companies affected by the strikes on 1 and 3 February are:

Passengers with Advance, Anytime or Off-Peak tickets for travel on 1 or 3 February can instead use their ticket on the day before the date on the ticket or up to and including Tuesday 7th February. They can also have their ticket refunded with no fee if the train that the ticket is booked for is cancelled, delayed or rescheduled.

If the Advance ticket is for a train that is scheduled for a strike day, is not cancelled, delayed or rescheduled, but a customer prefers not to travel, they should contact their ticket retailer.

Customers with 2 x Advance tickets (an outbound and a return), to be used as a return journey, may be able to get a fee free refund or change of journey for any unused legs/tickets, if one (either) of the legs is scheduled for a strike day. Customers should check with their ticket retailer.

Passengers with season tickets (flexi, monthly or longer), who do not travel, can claim 100% compensation for the strike dates through Delay Repay.

Passengers can check on the National Rail Enquiries website or their rail operator’s website for further travel advice. 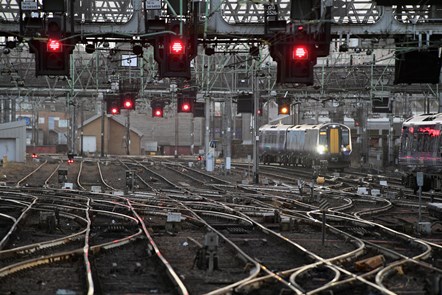