“Britain’s rail companies are committed to driving a green economic recovery from Covid-19. The investment set out in the budget means the railway is on track to support job creation and bring people together after the pandemic.

“Funding for the new Global Centre of Rail Excellence in Wales, the re-opening of Okehampton to Exeter for passenger services and the creation of new stations in the West Midlands builds on the continued delivery of improvements during the pandemic. Investment in new free ports, and the transport links to them, allows rail freight companies to increasingly support British businesses and future trade opportunities.

“We know passengers want an easier fares system and we want to work with government to push forward reform. Raising the contactless payment limit will save people time when buying tickets and, if introduced alongside retail reform which sees pay as you go introduced across more of the network, has the potential to transform how passengers travel with the tap of their card – changing the game for longer distance commuters, levelling up the regions and helping to catalyse a truly national recovery.” 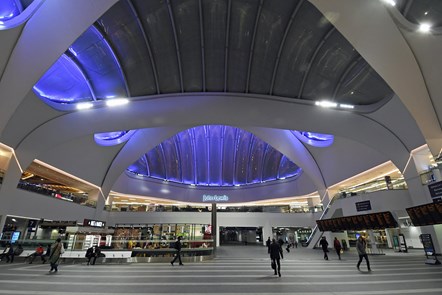