The new campaign will have Motson’s familiar voice heard at stations and on social media, with fans treated to his classic commentary style. Those scrolling through social media will be treated to a light-hearted video with Motty’s commentary applied to everyday situations on the railway, reminding passengers of how they can play their part in helping everyone to travel with confidence.

Rail companies have been working with government, UEFA and local authorities to help people travel with confidence during the tournament. Euro 2020 starts on 11 June for 4 weeks and matches will be taking place across Europe, with Britain hosting 12 games at Wembley Stadium in London (including the final on 11 July) and at Hampden Park in Glasgow. England and Scotland face each other in the group stages on 18 June in London.

Train operators are running services to help people get to the matches and will have more staff available at stations to help people complete their journeys. During the journey, passengers can receive live updates, including information about busy routes and stations, thanks to National Rail’s Alert Me by Messenger service. As part of rail companies safer travel pledge, we will also continue to work hard to keep trains and stations clean and help people travel safely.

People travelling to the matches means services to the stadia and around these cities are expected to be busier than usual. Train services to London and Wembley on Sunday 13 and Friday 18 June are expected to be especially busy as fans will be travelling to England matches. Passengers are being asked to book ahead and get seat reservations where possible, particularly as some long-distance services are reservation only and a number of trains are already fully booked.

Fans are also being reminded that their options for watching the game in London will be more limited than during previous tournaments. The fan zone in Trafalgar Square will not be open to the general public before 21 June at the very earliest and there are limited plans for other public big screens to be open before that point.

“Although we won’t be able to influence results on the pitch, train companies are looking forward to playing a key role in making Euro 2020 a success this summer. We’re expecting trains to be busier as football fans travel to and from the matches, which is why we are encouraging people to check before they travel and sign up for journey alerts from National Rail so that we can all travel with confidence.”

“As football comes home this summer, it’s fantastic that the much-loved voice of John Motson will be broadcast across our station airwaves encouraging fans and passengers to travel safely.

“Services are likely to be busier than normal, so I urge passengers to plan ahead, check the latest information with their operator before they travel, and follow our Safer Travel guidance. That includes wearing a face covering unless exempt, sanitising your hands regularly and keeping your distance where possible.”

“With the football making the railway a little busier at the moment, train companies are continuing to provide increased cleaning and improved information so you can travel with confidence. Please help play your part in the team effort by planning ahead, wearing a face covering (unless exempt) and keeping your distance where possible.”

Since May 2020, National Rail has sent over 6.7m personalised journey updates to passengers as part of the industry’s safer travel pledge during the pandemic. The updates include busyness alerts that are based on unique forecast demand data, disruption information, and alternative travel routes. 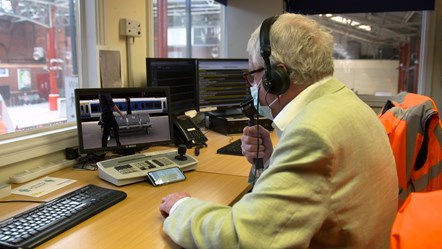 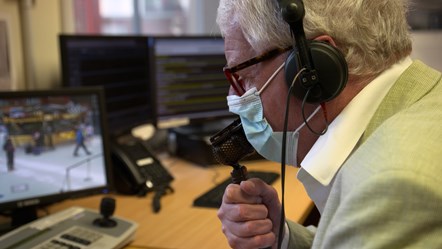