Many train times will change from tomorrow (December 15) as over 1,000 extra train services are added to the weekly timetable, so train companies are asking passengers to check before they travel.

Investment in the network, including in new and upgraded carriages and extra services, will improve journeys, better connect communities and boost the economy. In many cases, journey times will be reduced and elsewhere, there will be new routes and more frequent trains. The additional 1,000 extra services come on top of 4,000 introduced over the last two years, part of a long-term plan to bring in over 11,000 more services over eight years, an increase of almost 10 per cent.

The timetable change means people in many parts of the country will see more local and long-distance services introduced to their network. The biggest improvements include the introduction of hundreds more services per week on Great Western Railway and ScotRail, adding thousands more seats every day. Great Western Railway is also making trains between Devon/Cornwall and London, and Bristol/Cardiff and London quicker; Greater Anglia are introducing a new connection between Norwich and Stansted airport, and London North Eastern Railway are providing more frequent train services between Lincoln and London.

In addition, Northern, Thameslink, Transpennine Express and Transport for Wales Rail are all introducing new services. Many train operators are also bringing in new trains to increase seats and extending existing services to more stations to boost connectivity.

The rail industry, in some cases, has put years of work into drafting, consulting, and planning for these changes. Train companies and Network Rail are putting joint readiness teams in place and planning to increase staff at stations to help passengers as they get used to new trains and new train times, so they can plan journeys with confidence. The industry will monitor services and respond as quickly as possible to keep any initial disruption to a minimum.

Robert Nisbet, Director of Nations and Regions at the Rail Delivery Group, which represents the rail industry, said:

“Many train times will change next week as train operators introduce faster and more frequent services to improve journeys and better connect communities up and down the country, so people should check the timetable before they travel. Train operators and Network Rail will be working together to run a reliable service and respond quickly to any teething problems as people get used to the change.”

The timetable change allows operators to alter train times to make services more reliable, in some cases to reflect the operational challenges of different seasonal weather. During winter weather, train companies and Network Rail are ready to deploy ‘ice-busting trains’ with anti-icing fluid, adhesion gel and snow ploughs. Working together they will ensure stations are safely gritted, station teams are prepared with shovels and anti-ice equipment and drivers are trained to deal with wintery weather.

The December 2018 and May 2019 timetable changes were successfully implemented with the rail industry adding thousands of new services while improving punctuality. The proportion of trains arriving within one minute of their scheduled time at each station increased from 65% in December 2018 to 69% in May 2019. 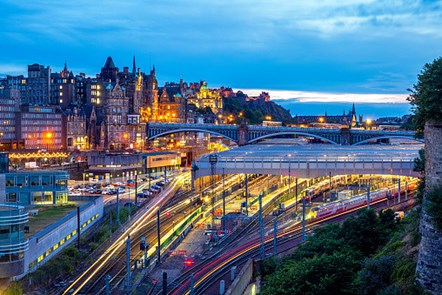