More passengers than ever before are opting for smart tickets, tipping the balance away from paper.

The days of rail passengers clutching handfuls of orange paper tickets are numbered as new figures from the rail industry show that just half of all journeys (50%) are now taken using paper tickets, down from over six in 10 (63%) last year.

The data shows the monthly number of journeys taken with paper tickets dropped by 13.3 million year on year, saving over 1,100km of paper – equal to the distance between London and Barcelona.

The move away from paper follows major upgrades as the rail industry has worked together to improve technology, install and upgrade ticket barriers at stations and promote smart tickets to passengers. This week, train companies are holding ‘Smart Week’ to encourage more people to switch to smart tickets with 134 events throughout the week at over 70 stations across the country where staff will be on hand to help people give them a try.

Smart tickets can be kept securely, save passengers time with no need to queue to buy a ticket and they allow people to book online from anywhere for anyone. Covering both smartcards and barcode tickets on mobile phones, they are also less likely to wear out and stop working than paper tickets.

Every train operator has worked to provide a smart ticket option and ensure passengers can use smart tickets on nine in 10 routes across the National Rail network. Now, to make the most of new technology, the rail industry wants to work with government to accelerate wholesale reform of outdated fares regulation – sticking plasters for the fares system are not enough.

Full reform would pave the way for pay‐as‐you‐go price caps and part-time, flexi season tickets to be introduced across the country so that commuters could save money when they travel off peak or fewer than five days a week. On long‐distance journeys, it could enable a greater range of on‐the‐day fares for people to buy on their smartphone, giving them more options at a better range of prices.

“Smart tickets open up the possibility of a host of new types of fares like part-time season tickets or tap-in-tap-out that works across buses, trams and trains. Making the most of the possibilities offered by smart tickets requires root and branch reform of fares regulations and we want to work with government to make it happen.”

“Smart tickets are a vital part of making journeys quicker and more convenient for passengers. Working with the rail industry we have rolled out smart options across the country, so that passengers can now get a smart card or a barcode e-ticket for almost all journeys.

“The forthcoming Williams Review White Paper will also provide recommendations to modernise our fares system, bringing the railway in line with what passengers expect in the 21st century.”

The industry is also holding #StationsDay on Tuesday 15 October to celebrate improvements at railway stations which are connecting communities and spearheading economic growth. 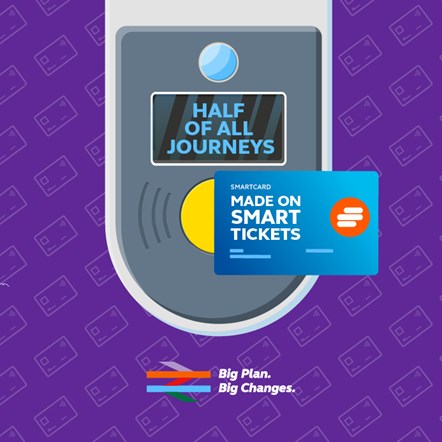 Smart tickets - half of all tickets 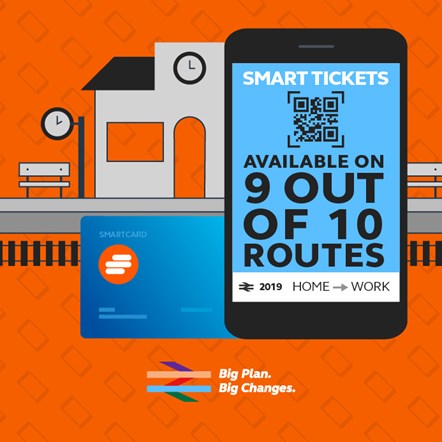